Right. So I’ve just come up wth the best. Game. Ever.

You can thank me later.

Actually, no, you can thank me now…

The game is called ‘Guess the Mutual Friend’ and all you need to play is a Facebook account. Now, let’s face it. We all have one of those. Am sure is now a prerequisite to being human; having a Facebook account. You will also need one of those friends lists full of far-flung acquaintances. Yes, yes, we all have them. A long list of vague acquaintances. Friends from that job you had five years ago and will never, in any normal circumstance, see again in your ‘real’ life.

Maybe it’s the ex-girlfriend of your second cousin. Maybe it’s your second cousin. That bloke you went to school with, who you were never friends with, but got caught up in the novelty of Facebook in its infancy, so added him anyway. The girl you met at the pub, decided was your soul sister and added her on Facebook then and there. Next morning, of course, you realised she is not your should sister; you were just drunk.

Those folks you endured a monotonously long conference with, where you all thought you’d die of tedium and therefore bonded, adding each other on Facebook so you can share your mutual announce by way of funny memes, making fun of the guest speaker.

Am sure any of you who have been on a cruise will have that couple you sat next to at dinner as a Facebook friend.

Yes, cruises. Word to the wise — don’t go on a cruise! Is like school. You’re told when you can eat and are forced to sit at a table with a bunch of people you know know. Yes, you have the option of not going to dinner. But then you’re stuck with the buffet and, if you’re anything like me, the buffet is a dangerous place if you have absolutely no willpower.

Cruises are weird. You think they are going to be so wonderful. Like you’ll be off to some exotic location when in reality you’re stuck on a moving prison, full of organised fun with the oh-so-obviously-mass-produced food. Plus, there’s that constant ringing of steel drums from the calypso band always playing at the pool who you can’t avoid because the pool is next door to the mass-produced food buffet. And, well, I obviously don’t have the willpower to prevent self from going to buffet. Even with the maddening calypso music.

(I hate steel drums. HATE them. There was a bloke playing them at the end of Millennium bridge in London and Mr Thomas literally had to prevent me from punching him out.)

So you’re on the cruise, comfort-eating, and you befriend the folks you’re forced to sit next to at dinner for the entire trip because at the end of the day they seem normal compared to the over-enthusiastic cruise directors.

If the above is familiar to you, your Facebook friends list is probably full of mere acquaintances rather than actual friends. Which makes Guess the Mutual Friend game so much fun!

You can play on your own, or with friends. Would probably make for a great drinking game. If you drink. Am not much of a drinker myself. Regardless of whether you play it with friends or alone, it’s still super fun.

Head to the ‘people you may know’ section of Facebook. Search those faces. Below, it will tell you how many mutual friends you have in common. Which might give you some clues on who your mutual friends are. Say, if there’s a large number, it might be the mutual friend of an old work. Or even your school. A smaller number might mean they are a mutual friend of a family or couple you know.

When you play this game you get to learn a lot about your Facebook friends. See, for example, I have discovered when playing this game that one of my friends and their partner are closet bicycle riders. All of the mutual friends that popped up on my feed have pictures of bicycles! WTF? Have they joined some cult?

Another un-named friend is seemingly only friends with twenty-something blondes with full-faced makeup and duck-lip poses. Creepy.

So if you find yourself bored this weekend, or perhaps you’re looking for something to pass the time while you wait patiently at the doctors surgery, or while you’re waiting in line at the next ‘it’ food truck, have a go at the Guess Your Mutual Friend game. If you find it as hilarious as I have done, and want to share with your friends, remember to hashtag #giorgethomas

That is all. Will be back shortly with the next instalment of Koolaid!

the tribulations of hiring a car 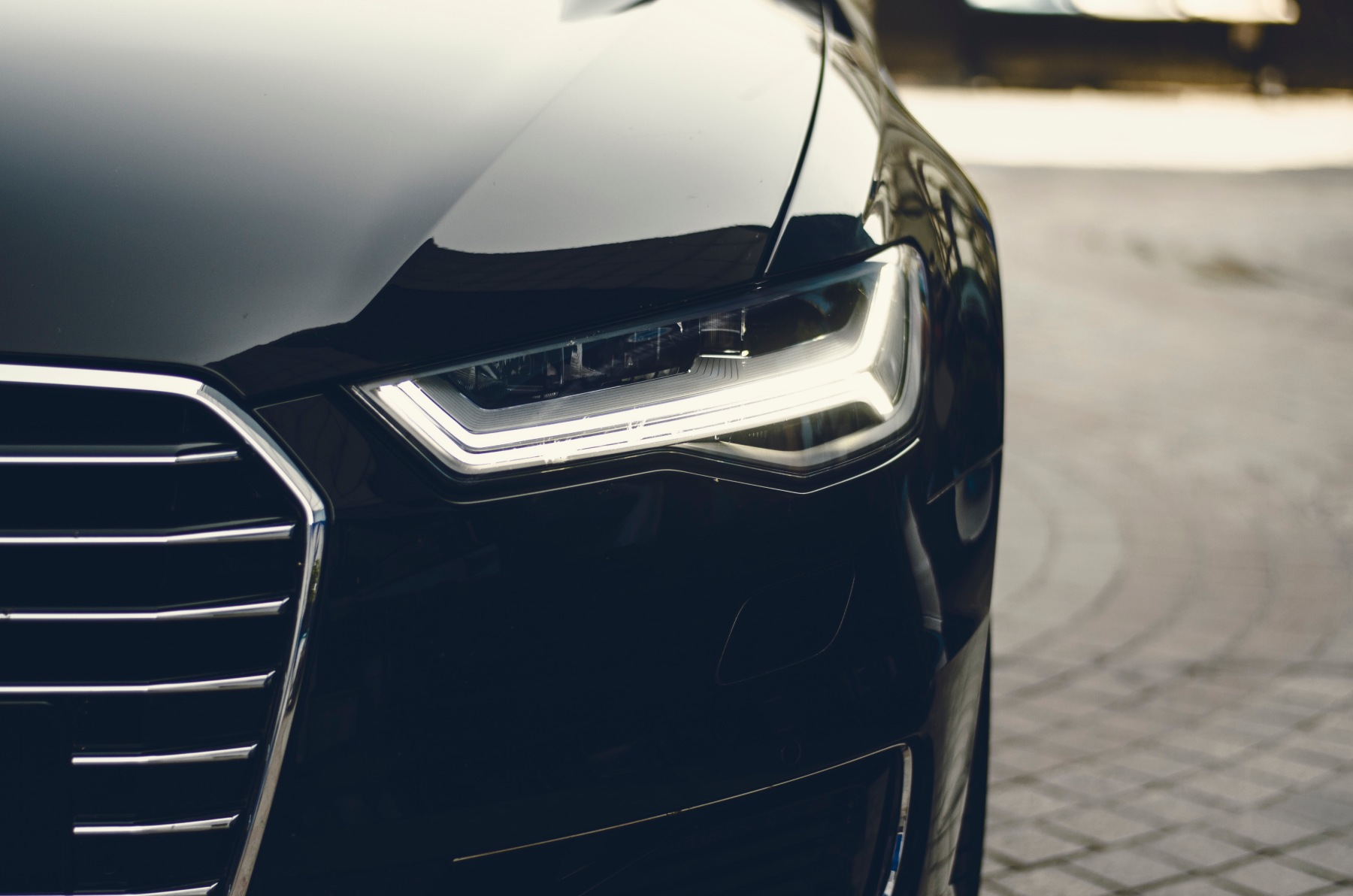 Francesca. That was the name of the girl who served us at a well known car rental outlet yesterday and she’s restored our faith in the industry.

I’m not going to deny that I probably got on her good side by mentioning her makeup application. There’s no doubt she’s of the contouring generation, probably spending hours honing her skills by watching tutorials on YouTube. Yet a pretty face and perfectly highlighted cheeks does not necessarily mean you’re going to have a pleasant personality, or be good in a customer service role. Thankfully, Francesca was both.

Not sure what it is about the car rental industry, but we don’t seem to have much luck when it comes to renting cars for our holiday. Every year we arrive for holiday in the Britain, our first port of call is always the rent-a-car branch. We’re well traversed, and as repeat customers, you’d think it would be a satisfying exchange. That it would be pleasant. That customer service would be on-form to ensure the business gets another five hundred quid from us next year.

No such luck. We’re always served by the same type – the kind of blokes you usually find in industries where vehicles are involved. Though while car dealership salesman have a certain slickness about them, their rental counterparts are severely lacking anything which can be defined as slick. Apart from their hair, of course.

In a massive generalisation, I often find that the ‘gentlemen’ working in such establishments have oiled, combed-back hair, trousers slung unattractively at the hips and which are always two sizes too big, baggie white shirts which are un-ironed and have long ago lost their whiteness, and several big fat gold rings. Men who work in car rental dealerships rarely have less than three rings on their fingers. They are the ones who buy those gaudy medallion type yokes from the pawn brokers. More often than not, they’ll have a thick gold chain to match. The resulting look is one of a wannabe gangster. But then, they are a bunch of gangsters.

Case in point, imagine a customer ringing the call centre of a rent-car organisation (because the website is conveniently down), getting a quote and reference number for a vehicle in a particular category, and then turning up to the storefront and not have them honour that price. And giving the old ‘computer says no’ routine as reason.

As a customer, you do everything right. You ring the branch half an hour before arriving and they say, yes, yes, we have that particular vehicle in stock but when you arrive, the story has changed. ‘What? That car? No, we’ve never had that in stock. You spoke to Mark? Mark who? No Mark had ever worked here.’

We have also had an instance when we were given a car with only one working cylinder. Something you don’t notice when driving around town (apart from exclaiming ‘this car is shit’ while trying to get up to speed) yet was apparent when you find yourself being overtaken by a tractor on a B road.

Once, they tried to charge us the excess for a punctured tyre. A punctured tyre! Is ridiculous because you can never claim tyres on insurance anyway. Because of wear and tear. But in rent-a-car circles, they can seemingly get away with it. The whole excess thing is a wrought anyway. The Daily Mail did a story on this yesterday. And yes, we are all being fleeced.

Renting a car is now the single most stressful element of travel. And it just shouldn’t be like that. If this industry wants to redeem itself (and to be honest, I don’t think they do) then they should start employing more people like Francesca, and less of the wannabe gangsters. That might be the answer. In an industry dominated by men, they have failed miserably. Maybe it’s time to give the girls a go.