KOOL-AID: when i met the landlord 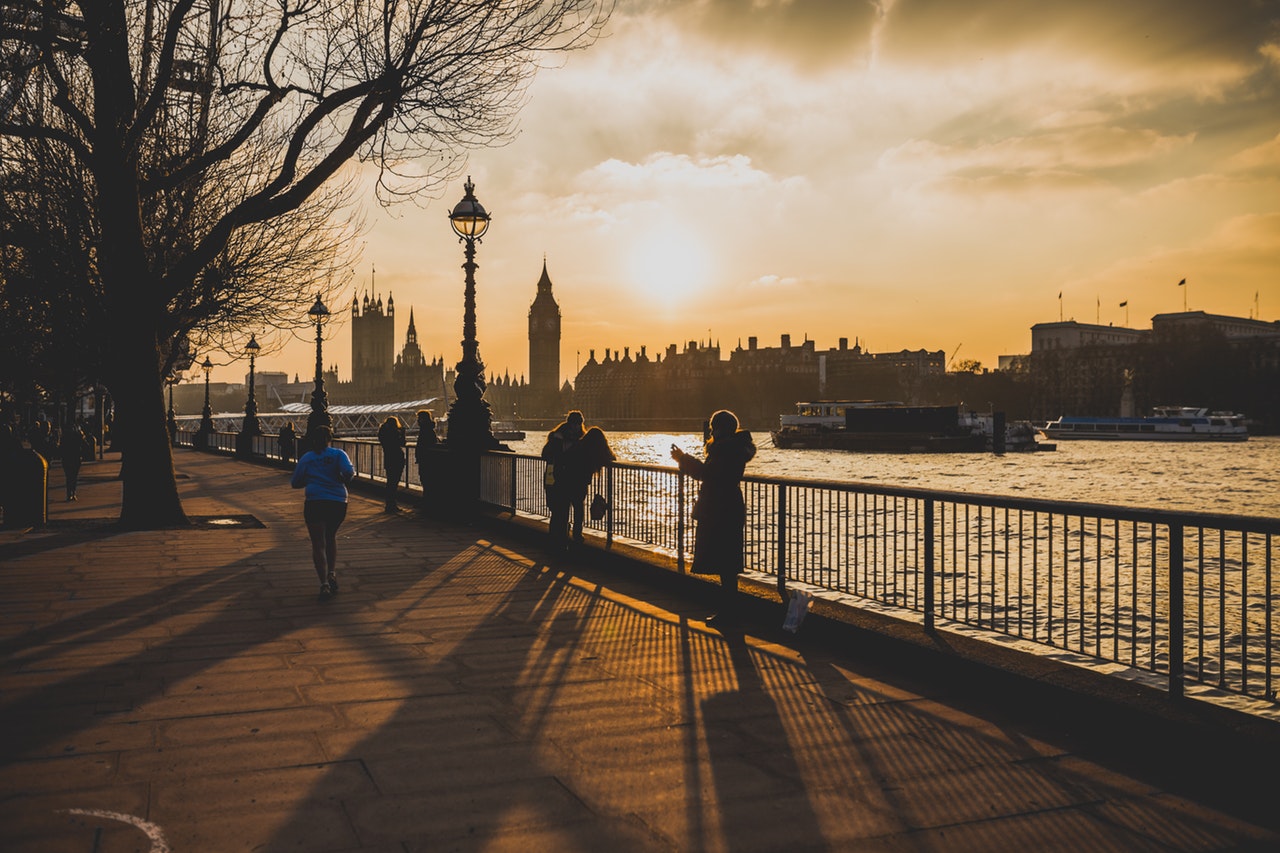 To catch up on previous chapters of Kool-Aid, click the link in the menu above.

Was seventeen, I think. Had just been to see Mr Gruff for what was becoming our usual twice-weekly meeting of coffee drinking and smoking. Didn’t have a lot else to do. Was not in school, had no family, and no real job. Gruff was the only person I knew and he tolerated me. Our catchups were mostly expletive-ridden, and I enjoyed them thoroughly.

I would always use stairs in Gruff’s building. Hate lifts because hate the idea of being stuck in a slowly moving box with complete strangers. Even un-complete strangers. Is my idea of hell, really. At least on a staircase, can move past people as quickly as possible.

So on this particular day, was taking stairs down from Gruff’s office when spotted person slumped on stairs. Lamented. He was positioned in such a manner that would have to actually climb over him. Was not in the mood for it. Not exactly the best time for me at that point. Tried to work out how would handle the situation. Would I be pleasant and say, excuse me, can I get past? Would I tell him to fucking move? As neared, though, realised there would be room for me to get past. Spacial awareness not one of my strong points, see. If you ever ask me to tell you the length and distance of something, could never do it.

Was relieved when realised there was room for me to get past, but then, when I was two steps away, the figure turned to look at me.

Absolute horror on what was a very handsome face. Eyes wide with fear, face pale, clammy, and mouth open; desperate for air.

Immediate recognition. Had been in the very position of this poor soul before. Feeling like you would die. Dizzy from lack of oxygen. Humiliated at your own weak state.

Sat myself down next to this man, dumping bag on the step below us. Could be wrong, of course. Was a definite chance of that. This man could very well be having a heart attack.

So asked him — ‘panic attack?’ He nodded briefly through gasps of air.

Knew he would be feeling retched at this moment. His chest would be heavy and painful, his head like it contained a bowling ball.

I went straight into action.

Brushed the hair from his forehead not only because it was damp with sweat but because human contact can help in such moment. He might have been like me, of course. Might have hated human touch of any kind unless sexual when, if was possible, I would bury myself under the skin of another just to feel something.

I took the man’s face in my hands, gently, tilting it towards mind so could look in his eyes. Another thing I avoid at all costs and by the flicker that appeared in his, I knew it was something he usually avoided, too. Yet I kept my hands steady and said to him, ‘I’m going to help you. What’s happening to you right now is a lie. It’s just your fucked-up mind playing tricks on you.’

His eyes were wide with fear but I got the sense he acquiesced with what I was saying.

‘We’re just got to break that communication with your brain. Your body has to rethink how to breathe.’

He tried to take a breath. One of those big breaths when you are fooled into thinking your lungs will find the air from some miraculous place. Almost wanted to laugh at him. But didn’t.

‘That’s not going to work, I said, ‘there’s nothing there.’

I took my hand and placed it on his chest. He had undone the buttons on his shirt at some point, probably due to the rise of temperature in his body. Have been there myself before — at home I would end up naked from the heat.

And he was warm. Beneath my hand I felt the clammy heat of his chest. And… hair. A dusting of hair which initially transported me out of that moment. There’s nothing I loved more than chest hair.

Like a midwife coaxing her patient, I let out a series of breaths for him to mimic. After a moment or two I felt him relax just a little beneath me. I figured he had enough air at this moment.

So I took one of his hands, trying my best to lay it flat on my chest. A difficult task due to the size of my breasts and my penchant in those days to defy gravity and wear them high in supporting bras which broke often from the strain.

‘Breathe with me,’ I directed him. I took big, long breaths, allowing him to feel the rise of my chest. I held the breath and then exhaled slowly, pressing his hand down as if it was he himself expelling the air.

I replaced my hand on his chest as we breathed, held and excelled together, pushing slightly down when it was time to exhale. After a few moments I felt his temperature return to normal.

I let go of his chest.

Reluctantly, after a few moments more, he let go of mine.

He hung his head as I ferreted around in my handbag to find the bottle of water I always carried with me.

‘I am terribly embarrassed,’ he said in what was a decidedly plum accent.

‘Don’t be embarrassed,’ I told him, offering him the water. He drank deeply while I ferreted some more, finding my pack of hand wipes. The shit I used to carry in my bag back then! Always had the largest bags to carry around a multitude of crap. Amazes me that am now sans handbag. The me ten years ago would have hyperventilated at the thought of leaving the house without a bag full of supplies. Now have learnt to live without them.

With shaking hands the man placed the top onto the water bottle while I — perhaps naively not understanding what a personal action this was — wiped his forehead, face, back of neck and chest with the wipe.

When finished he looked at me for a very long time. His expression was unreadable. Searching maybe? Am unsure.

After a moment or two where we were doing nothing but staring into one another’s eyes — creepy in any other context — he said, ‘thank you.’ Soft, small voice.

I shrugged in reply. I think I may have been embarrassed by his fervour.

‘I’m late for an appointment, but I think I should like to get some air first.’

I nodded and we stood up, me helping him a little to steady himself, and walked the last remaining staircase to the outside world.

The air was thick with mist but he took a graceful breath all the same. Without speaking agreement to it, we walked the short distance between the buildings to the Thames, sitting down on one of the raised park benches. I was outside and had just been through an awkward event so my instinct was to light a cigarette.

‘Do you have a spare one?’ He asked. I handed one over, holding the lighter to him.

We smoked in silence while watching a garbage boat punt slowly down the Thames.

‘Does that happen to you often?’ He asked. I knew he was talking about the panic attacks.

‘How do you know to handle it so well?’

‘My mother was a psychiatric nurse, so she picked up a thing or two.’

‘You’ll have to thank her for me.’

He muttered his apologies for my mother’s death. We were silent again. It lasted until the end of our cigarettes which we put out with our feet.

‘Well, thank you for your help today,’ he said.

We both bent forward, ready to get up, which brought our bodies closer together. Suddenly, the air shifted. There was a change. A tangible electricity. Have not had a moment like that before or since.

Suddenly aware of this handsome, although much older, man before me, whose skin I had only just felt under mine, who had smelt of fresh soap and spice, whose eyes were a welcoming crystal blue and whose lips. Fuck. Whose lips were full and ripe and, well, if I didn’t kiss them right then I’d be an absolute fool!

Suddenly, that’s what we were doing. A tangle of limbs as we launched together, lip on lip hands investigating all that we could reach.

I can’t remember now what part of his body I had found but I remember where his hands had reached. One on my lower back, soft and smooth, the other to my breast, searching beneath the fabric of my shirt, finding fullness and then, with the lucky stroke of a little finger, the hardness of a nipple.

All the while his mouth was in the exact rhythm with mine, with perfect pressure and just enough tantalising tongue to keep me interested.

But then; I was cheating. Proper girlfriends do no go around kissing strangers. Shame washed over me. I broke away from the man who I had felt such a sexual pull towards, it was dangerous. There was confusion written on his face. Confused as to why he had kissed me or confused as to why I had pulled away? I didn’t know, which haunted me somewhat. And there is no way I am going to ask — even in writing — Landlord about it now.

I remember telling him hurriedly that I had to go. Apologising that I had to go, and racing from the scene as quickly as possible. Was halfway across the bridge when I took the chance to look back. He was there, sitting where I had left him, staring back at me.

I cried for the rest of the day. Mostly from the guilt, but for something else as well. The unknown maybe? Or maybe it was foresight.

Of course, my indiscretion was revealed many years later under duress and then used as one of the reasons to leave me. If I look at it logically, I know it was just an excuse, but at the time I found myself being so angry at the nameless stranger for undoing me when I was weak.

He’ll never know it, but I hated Landlord for many, many years. Until the time I realised I was living a lie. Then I looked at him differently. The memory of him became a what-if.

What if I had learned his name? What if I had seen him again, left my boyfriend for him. Would it have been a life of happiness, or despair?

Not that anything could have been as despairing as what I had been through, though there is a chance it could be worse.

Not that any of this matters. Was just a day almost thirteen years ago. Another time. Whatever thoughts I had on it since either fuelled my anger or my hope. Nothing more. It’s funny, you know, how life turns out.

← KOOL-AID: they have the secret
Happy Easter →